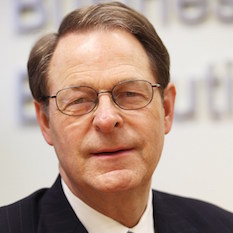 Ken Morse is a serial entrepreneur, angel investor, and global sales veteran. He co-founded six high tech startups with MIT friends and classmates, all of which went global. Five did well; one was a disaster.

He is also a popular, world class thought leader in Innovation, Entrepreneurship, and Global Sales, having served as the Founding Managing Director of the MIT Entrepreneurship Center, 1996-2009. He has been active for 30+ years commercializing novel technologies, and bringing inventions from lab to market.

Since 2009, Ken is Visiting Professor at the ESADE Business School. Ken served on the National Advisory Council on Innovation and Entrepreneurship (NACIE) of President Obama (Washington) which launched “Startup America”, the “JOBS Act”, and other initiatives. He is a member of the Telefónica Disruptive Council (Madrid) and of the Council on Foreign Relations (NYC).

Ken is on the Board of Advisors of several ambitious B2B firms in Europe, Canada, New Zealand and the US.