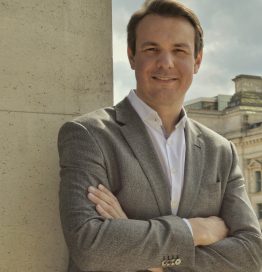 Chairman of the Board, bvds

Florian is Chairman of the Board at the German Startups Association and a true entrepreneur. He has founded multiple startups and advises on digital economy issues. He is Deputy Chairman at the “Young Digital Economy” Advisory Board giving the Federal Minister of Economic Affairs and Energy first-hand advice on current issues – particularly on the development and potential of the young digital economy and on how to provide startups with a better environment in which to grow. Furthermore he initiated and co-authored the German Startup Monitor in 2013. Florian has been acknowledged for his extraordinary achievements multiple times including being named as one of the 40 talents under 40 by Capital Magazine.