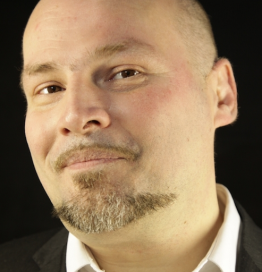 Christoph is the founder of Berlin’s boutique accelerator program Berlin Startup Academy, and runs Entrepreneurship Education at GTEC, Germany’s leading campus for digitalisation. Christoph Raethke joined his first startup team in 1999, has been hosting tech events since 2008, leading accelerators since 2010, and presenting Germany’s most successful talk show on entrepreneurship since 2013. In the past two years, he has been particularly active working with leadership teams of large German and European corporations and – in his role as a BMW Foundation “Responsible Leader” – social startups, helping both to make use of digitalisation to re-organize, scale, and thrive. In addition, he is responsible for the Startup Review section of German business/ lifestyle magazine Business Punk. Christoph’s first eBook, “Das Richtige gründen” (German only) is out since July 2016. Christoph has a degree in Ancient History (Greeks and Romans), and is always up for discussing the Lakedaimonion Politeia or the crisis of the Greek polis in the 4th century B.C.