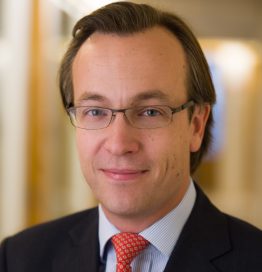 Jörn Nikolay serves as head of GA’s Munich office since 2012. He joined General Atlantic in their London office in 2008. He lead the investment in Flixbus/MeinFernbus, co-lead the investment in Axel Springer Digital Classifieds and helped to lead investments in Markit and Citco. He also supported General Atlantic’s investment in Saxo Bank. Jörn currently serves a member of the board of directors for Klarna and Flixbus/MeinFernbus. He was on the board of Axel Springer Digital Classifieds.

Prior to joining General Atlantic, Mr. Nikolay worked for TA Associates in London focusing on investments in the Financial Services and Consumer Internet space, helping to lead investments in Jupiter Asset Management and eDreams. Before TA Associates, Mr. Nikolay was a Case Team Leader with Bain & Company in Duesseldorf and an Analyst with Morgan Stanley in Frankfurt.

Jörn Nikolay is a graduate of WHU – Otto-Beisheim Graduate School of Management, and also studied at the Institut d’Etudes Politiques, Sciences Po, in Paris. He serves as a mentor of “Deutschlandstiftung Integration”, a foundation supporting young students with immigration backgrounds in Germany and as a mentor of “Stiftung der Deutschen Wirtschaft”.

Company Growth in Germany: The Policy Context (in German)