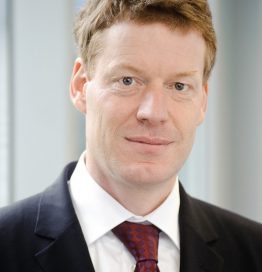 Dr. Bernhard Mohr joined Evonik in 2012 to set up the Corporate Venturing activities. In 2013 he was appointed Managing Director of Evonik Venture Capital GmbH. Dr. Bernhard Mohr completed a degree in chemistry at the Universities of Stuttgart and Cincinnati (Ohio, USA) and earned his doctoral degree at the Max-Planck-Institute for Polymer Research in Mainz in 1994. Following postgraduate assignments in Japan, the U.S., and France, he began his professional career in the polymer laboratory of BASF in 1996. In 2001 he became Head of Controlling and Site Services for BASF Espanola in Tarragona (Spain) and took over responsibility as Head of Corporate Development and Controlling for the BASF Group in Iberia in 2003. In 2005 he returned to Germany to assume responsibility as Head of Global Strategic Marketing for the Business Unit Performance Chemicals. Prior to joining Evonik he worked for BASF Venture Capital GmbH since 2007. Dr. Bernhard Mohr is active in various industry and supervisory committees and has accompanied IPO and M&A transactions. Evonik in the context of its venture capital activities wants to invest in total €100 million in promising start-ups with innovative technologies and in leading, specialized venture capital funds. Regional focuses on Europe, the United States and Asia. Currently, Evonik holds stakes in nine start- ups and four funds.