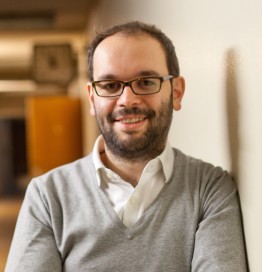 Benjamin Rohé, an entrepreneur who co-founded a public company amongst other startups and worked in the tech, renewable energy, digital space since 1997. He started his first company at the age of 17.

Benjamin has been investing time and money into startups throughout Europe since 2007. He has given talks and lectures at different european universities as well as at various european startup and economic conferences. Those include the Economic Forum, Stockholm School of Entrepreneurship, Maastricht University, Center for Digital Technology & Management (Munich), European School of Management and Technology (Berlin) and the Zeppelin University where he also helped to create a investment fund for startups at the same university.

In 2011 his business angel investment activities became more structured by forming angelfund.vc and bringing in a advisory board of industry experts. Benjamin also served as a Partner in the Venture Capital Funds of Redalpine Venture Partners AG in Switzerland. He is a accredited investor by the European Investment Fund (EIF – EAF).

He co-authored with Gütt Olk Feldhaus Rechtsanwälte “Angel syndicates: Efficient investment in startups with syndication and sub-share agreements” for the Book “Guide for Business Angels” published by the Business Angel Network Germany and GoingPublic Media AG in December 2012.