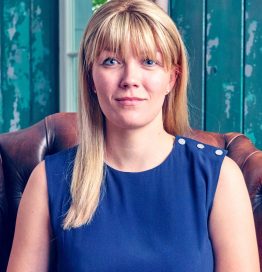 Anna Alex, born in Hamburg, successfully completed an economics major in Freiburg and Paris. She worked for Rocket Internet in Berlin in cooperation with Zalando, Groupon and Dealstreet. Later she had a leading position in the IT Department of a Swiss online firm called DeinDeal. In 2012 she founded Outfittery together with Julia Bösch. Her focus lies especially in the areas of product and operations. 2016 she was announced a part of “50 inspiring women Europe’s” in the Tech-Branch (Inspiring Fifty).

11:00 am - 11:15 am
Lessons Learned Presentation
View full schedule
PREV NEXT